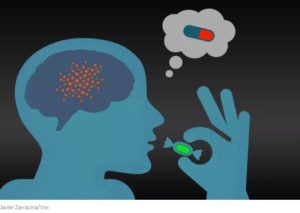 It seems that the research on the placebo effect is broadening and deepening.

“Over the last several years, doctors noticed a mystifying trend: Fewer and fewer new pain drugs were getting through double-blind placebo control trials, the gold standard for testing a drug’s effectiveness.”

This recent article, which includes some useful links for further reading, points to the degree in which the placebo effect (classified by the writer as a ‘family of overlapping psychological phenomena’) is being studied and considered. The family of placebo effects ranges ‘from the common sense to some head scratchers’, and include:

Interestingly, it seems that at least in pain studies, ‘there’s evidence that placebos actually release opioids in the brain’.

In another article in Mother Jones, What the Heck Is a Placebo Anyway?, the authors propose ‘… we now know that they (placebos) often involve real chemicals produced by the body—real drugs from your “internal pharmacy.” Some of these chemicals are used by the brain to make sure that your expectation meets reality. When expectation doesn’t meet reality, the brain steps in and forces it to fit.’

Placebo ‘drugs’? Come on, folks, that misses the point a bit!