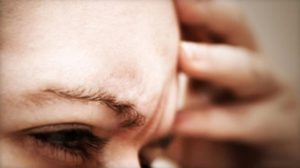 “The study included about 300 kids aged 8 to 17, enrolled at 31 centers. They had 11 migraines on average in the month before the study began and were randomly assigned to take either of the drugs or placebo pills daily for six months. Migraine frequency in the study’s last month was compared with what kids experienced before the study. At least half of kids in each group achieved the study goal, reducing migraine frequency by half.”

The same report, with a couple of videos, is over at CBS.