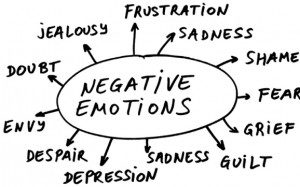 A new study finds that people who have a better handle on their negative emotions may be more likely to experience a stronger placebo effect. Researchers at the University of Luxembourg found that participants who were better at interpreting negative events in a positive light felt more relief from a placebo pain-relieving cream.

The placebo effect has traditionally been viewed in a negative light; however, within the last decade, researchers have investigated the placebo effect itself and found that placebos can trigger real biological changes in the body, including the brain.

In a related article:

“All participants reported less pain: the placebo effect was working. Interestingly, those with a higher capacity to control their negative feelings showed the largest responses to the placebo cream in the brain. Their activity in those brain regions that process pain was most reduced. This suggests that your ability to regulate emotions affects how strong your response to a placebo will be.”