TORONTO — The debate about treating depression with drugs, psychotherapy, or a combination of both drugs and psychotherapy has raged on over the years. But a recent analysis of 39 studies of 3,252 depressed patients, presented at the American Psychological Association’s (APA) 104th annual convention, found that 50 percent of the drug effect is due to the placebo response. 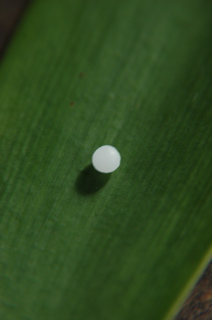 In other words, a patient taking antidepressant medication with a self-reported improvement rate of 10 points, can attribute half (.5) of that improvement to the placebo effect. To determine the placebo effect of antidepressant medications, psychologist Guy Sapirstein, Ph.D., at the University of Connecticut, analyzed 39 studies of depressed patients from 1974 to 1995. The studies included patients with a primary diagnosis of depression, were randomized, and controlled for patients who received no treatment.

Studies that measured the effects of antidepressant medications such as fluoxetine (Prozac), sertaline (Zoloft) and paroxetine (Paxil) were included in the analysis. Dr. Sapirstein concluded that the pharmacologic and nonpharmacologic effects of antidepressants indicates that while only 27 percent of the response to medication is due to the medication alone (a true pharmacologic effect), 50 percent is due to the psychological impact of administering the medication (placebo effect) and 23 percent is due to other ‘nonspecific factors.’ ‘People benefitting from drugs are benefitting because they think that taking the antidepressant medicine is working,’

Dr. Sapirstein said. ‘If we take these results and say that improvement is due to what the patients think, then how people think and its effect on how they feel are more powerful than the chemical substance,’ he added. In addition, the study found that patients who either took medication or underwent psychotherapy exclusively had similar treatment outcomes. The promise of future treatment, which was controlled for by the wait-listed patients, did not affect depression levels.