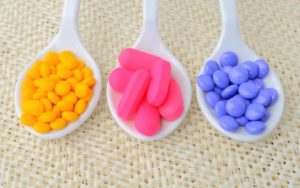 ” … Drug companies have a strong financial incentive to game (i.e. fake) drug testing. To develop a new drug, they invest over a billion dollars and many years, with the reward contingent upon negotiating a sequence of RCTs, which opens the path to a patent-protected monopoly.” 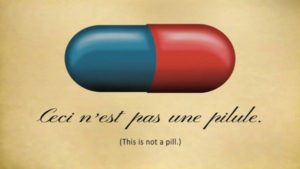 But here’s the crazy thing: It works. 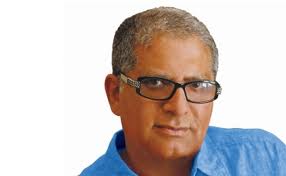 Lifestyle guru Deepak Chopra says: “The first step toward an alternative is to view pain as a mind-body experience that is highly subjective. As such it can often be approached through a phenomenon called “self-efficacy.” The brain contains many pain-relieving chemicals, and these can be triggered mentally, which is why taking a placebo leads to pain relief in a significant proportion of people. (The reverse is also true through the nocebo effect, where a harmless substance induces pain or fails to relieve it when the subject is told that this is the expected outcome.)”

His take on ‘America’s Pain-Pill Epidemic’ can be seen in full here. 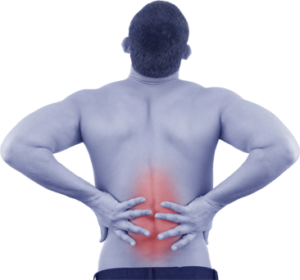 Recent research, published in The Lancet, reveals that paracetomol, the ‘recommended first-line analgesic for acute low back pain’, is no more effective than placebo treatment. Put another way, a placebo is just as likely to generate relief as paracetomol. If you don’t want to read the Lancet report (it’s pretty dry!), there’s a brief article here.

One for those who can’t start the day without a caffeine hit. 😉

In 2005, global pharmaceutical sales totalled US$602 billion with growth of 7% from the previous year.
At an average annual growth rate of 14% between 1994 and 2003, pharmaceuticals top the OECD manufacturing trade growth stats, ahead of coke, refined petroleum products and nuclear fuel (8%), medical, precision and optical equipment (7.5%), aircraft and spacecraft (7.4%), and motor vehicles, trailers and semi-trailers (7.3%).
In 2006 the 10 largest pharmaceuticals firms accounted for 46 per cent of global sales.

Want to know where we get the ‘up to 70% success’ claim in our packaging?

"The placebo response, noted as an early or nonpersistent improvement in response to an inactive agent, represents one of the most significant challenges in central nervous system (CNS) drug development. Despite a wealth of documentation, there is no commonly accepted definition of this phenomenon. However, it is agreed that there has been a significant increase in the placebo response in the last 20 years, particularly in clinical trials with antidepressant medications for major depressive disorder (MDD).

Estimates as high as 70% have been reported for CNS clinical trials. (our italics) Such large placebo rates have a significant impact on the cost and speed of drug development.

Since fewer than half of the depressed patients who receive active medications in psychiatric trials show clinically significant improvement, some critics claim that antidepressants are no better than placebo treatment, and their illusory superiority depends on poorly designed studies and biased clinical evaluations. In a set of six identically designed, three-arm, parallel controlled trials submitted to the Food and Drug Administration for an antidepressant drug, Leber reported that antidepressants could not be distinguished from placebo in five of the six studies."

Background – The placebo and the placebo effect are often investigated in the context of clinical trials. Little data exist on the use of placebos in the course of routine health care.

Objective – The aim of this study is to describe a group of academic physicians’ use of placebos and their knowledge, attitudes, and beliefs about placebos and the placebo effect.

Results – There were 231/466 (50%) physicians who responded; of these, 45% reported they had used a placebo in clinical practice. The most common reasons for placebo use were to calm the patient and as supplemental treatment. Physicians did not widely agree on the definition of a placebo and had a variety of explanations for its mechanism of action. Ninety-six percent of the respondents believed that placebos can have therapeutic effects, and up to 40% of the physicians reported that placebos could benefit patients physiologically for certain health problems. Only 12% of the respondents said that placebo use in routine medical care should be categorically prohibited. Regarding “placebo-like” treatment, 48% of respondents reported giving at least 1 type of treatment in a situation where there was no evidence of clinical efficacy.

Conclusion – Nearly half of the respondents use placebos in clinical practice and most believe in the mind–body connection. The results of this study, based on retrospective self-reported behavior, are subject to recall bias and may not be representative of American physicians.

An interesting talk on the Australian Broadcasting Commission ‘Ockhams’Razor’ radio program about the marketing of (legal) drugs by big pharma through the medical establishment. The speaker is Professor Christopher Norden, from Adelaide Hospital and the Institute of Medical and Veterinary Sciences. He talks of his own experience of the many incentives offered to practitioners by pharmaceutical companies to prescribe their wares.

"It is about a hundred years since that great Canadian-born physician Sir William Osler, Regius Professor of Medicine in Oxford, complained about the increasing influence of the pharmaceutical industry on the medical profession. If he knew how this influence had increased since then, he would be turning in his grave at the way the industry now dominates doctors’ prescribing habits. It does this not only by direct and indirect pressure on the doctors themselves, but also by encouraging the public to ask for scripts and to demand that governments provide the money."