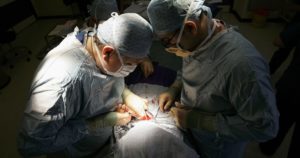 We’ve posted on this previously, on the mater of ‘sham srugery’ for knee pain actually having a substantial impact on lessening pain. In this case, a senior orthopaedic surgeon in Britain, says “The correct thing has got to be to do … trials – not to continue doing operations where we don’t know whether or not there’s a strong placebo component or an entire placebo component because that means that tens or hundreds of thousands of patients are having unnecessary operations,” he said.

Another professor, also from Oxford, points out the opinion, which we have seen has been gathering momentum (and scientific respectablity) over the past couple of years, that ‘deception’ is not a requirement for the engagement of the placebo effect. “In the modern world where we’re trying to limit the amount of time physicians spend with patients we’re going in the opposite direction of what the science is telling us, which is that [expectation] is really important physiologically and therapeutically and we’re throwing that away.”