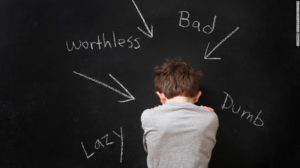 The most common mental disorders in children and adolescents include anxiety disorders, depressive disorders, obsessive-compulsive disorder, and post-traumatic stress disorder.

“The results of the meta-analysis show that, although antidepressants work significantly better than placebos across the range of disorders, the difference is small and varies according to the type of mental disorder. However, the results also showed that the placebo effect played a significant role in the efficacy of antidepressants. The study also found that patients treated with antidepressants complained of greater side effects than those who received a placebo. The side effects included everything from mild symptoms such as headaches to suicidal behavior.”

‘Suicidal behaviour’ as a ‘side effect’ … Really?

Consistent with other posts through this blog, the analysis also shows that the placebo effect is stronger in cases of depression.